Jacek Ewý graduated from the Faculty of Architecture of Kraków Technical University (PK) in 1983. In 1982-1989 he was an assistant and later designer at the Municipal Design Office in Kraków. In 1977-1978, held a designing internship with GRM Kennedy & Partners in Edinburg (UK), and in 1986 – in Jan Noordman Architektenburo s’Hertogenbosch in the Netherlands. Having worked as a designer at the Municipal Design Office from 1987 to 1989, he moved to the post of senior designer for an American company Bechtel Ltd.

Jacek Ewý is the co-founder of JET Atelier (1991) and of Ingarden & Ewý Architects (since 1998) run together with Krzysztof Ingarden.

Jacek Ewý is the member of the jury in numerous architecture competitions.

Ingarden & Ewý Architects is one of the leading architectural practices in Poland with its office based in Kraków. It was founded by Krzysztof Ingarden and Jacek Ewy. 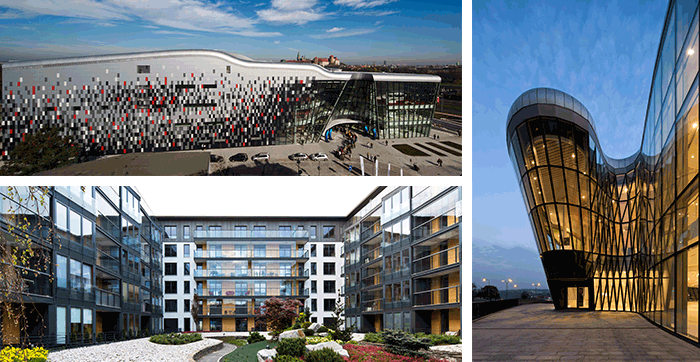